Did you know that April 6th marks the 125 Years of Incorporation for the city of Vancouver? However The City of Vancouver will launch a year-long celebration of cultural programming + civic events kicking off tonight with the PuSH Festival gala and.. YES there will be buttons for everyone!

CRAVE Vancouver innovatively connects urban gals to the sassiest, gutsiest, most inspiring people they need to know in Vancouver. Our modern marketplace of soirees, gatherings and online networking serves as your ambassador to everything there is to CRAVE in our city. 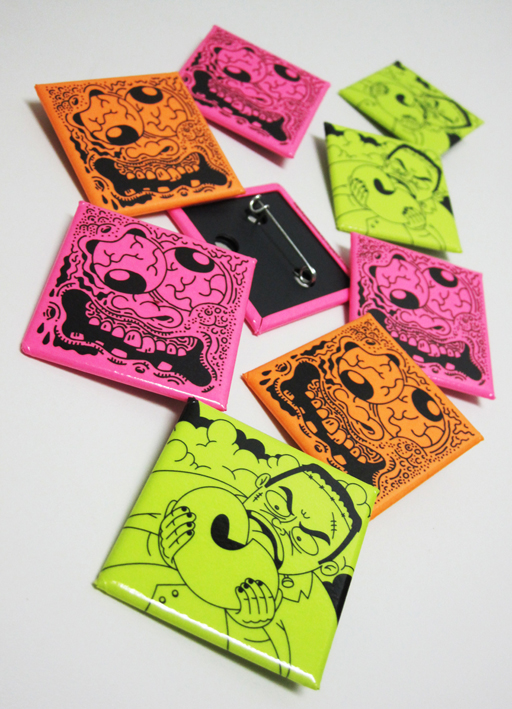 Be there AND be square

Six Cent Press pals Kaput and Cameo just sent us some spooooky new custom button art. They, along with Crums will be showing some new artwork TONIGHT from 7-11pm for the final part of the month long Heebeegeebees show at the Chapel. Get there early to get your grubby hands on a shiny new pin!

Congratulations to Calgary's Mayor-elect Naheed Nenshi who swept the polls Monday night in a nail bitting victory. Nenshi has promised to limit urban sprawl, make neighbourhoods more fun, safer and greener. The Mount Royal University business professor took those ideas online, using social media tools like Twitter, Facebook and YouTube to help power his campaign. You can read the rest of the campaign story here. We are thrilled to have produced all the Nenshi for MAYOR campaign buttons for such an exciting race!

Inform Interiors was looking for neon buttons to go with their neon themed Exhibit for this weekends IDSwest design show, so that is exactly what they got- they won't be hard to miss!

The 24th Annual Victoria Fringe Theatre Festival runs August 26 through September 5, with pre-festival events starting August 24. There are 65 international performing companies in this year’s Fringe, most of them are doing six performances over the 11 day festival. Lots to see & do!

So Mike Cee from Really Dope sent us over some creative for custom 2.25 inch & 1.25 inch buttons, a week later he surprised us with a photo of the same buttons but packaged in a way that was VERY admirable so we thought it would be best if we shared it -thanks for the photo Mike!

The Winnipeg Arts Council just released a nice set of buttons: Arts For All. 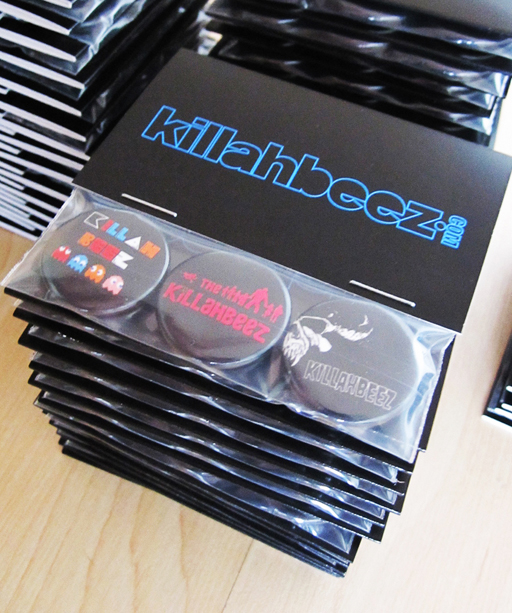 Get your Killahbeez button 3-Pack HERE while they last. They’ve dropped a super limited set of buttons that they’ve created to pay tribute to all the things we loved as kids: Pac-Man, The Goonies and Danzig.