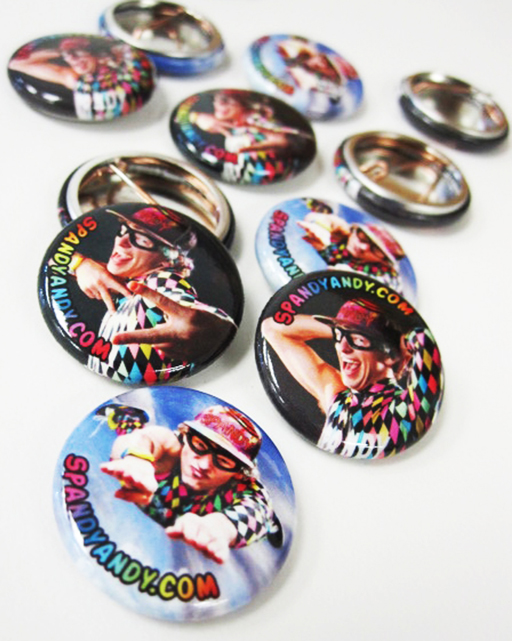 SpandyAndy, your buttons are ready!

Hey SpandyAndy! Why don't you dance your way down to Powell & Victoria, your buttons are ready!

We jumped back into bed with Bungie to bring you the new HALO REACH button packs for the E3 Expo in LA c/o B-BAM! 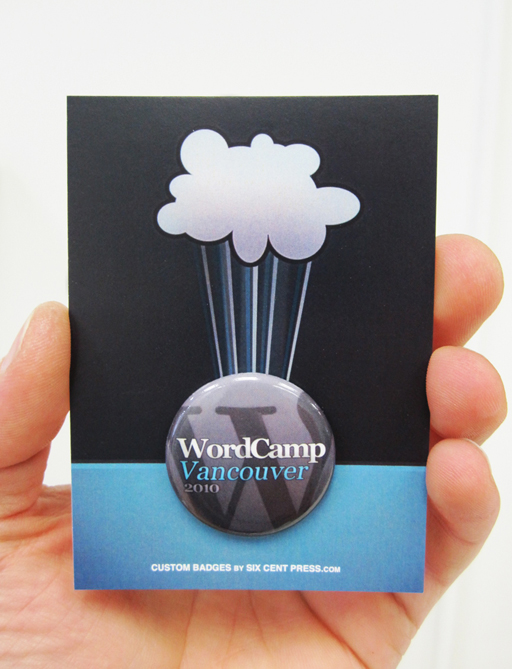 We are please to announce that Six Cent Press is proudly participating in this years WordCamp Vancouver conference taking place on June 12th. Everyone attending will be receiving a nifty collectors badge in celebration of this exciting event!

WordCamp Vancouver is a large WordPress-focused conference taking place on June 12th, 2010. The event will take place at the Museum of Vancouver adjacent to Vanier Park in the gorgeous Kitsilano area. Several of the organizers were behind the successful WordCamp Whistler up on Whistler mountain in 2009, and WordCamp Vancouver will be equally as exciting and full of surprises.

With summer just around the corner (although with this Vancouver weather you could convince me it’s November) the wedding season rolls in along with it. Ben & Lynea decided to make custom button sets with Six Cent Press to toss out to their guests, great idea for the ol’ memory box! So if you’re hosting or attending a wedding this summer why not give them a gift they’ll remember, who needs another toaster anyways! ^DJ 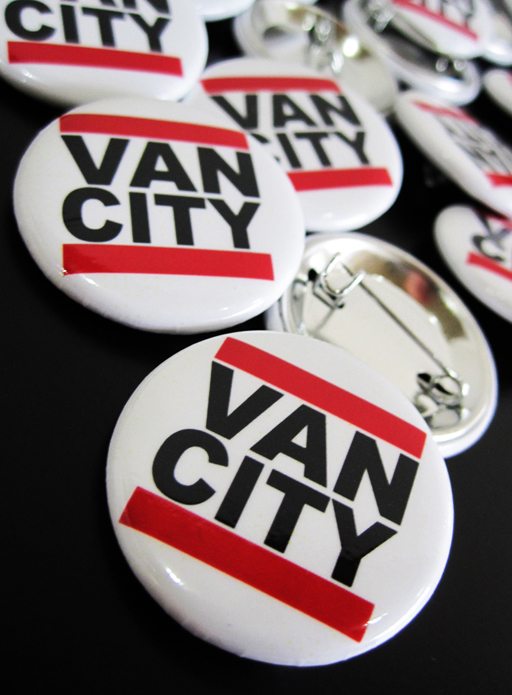 If you reside in Vancouver chances are you've seen the shirts, hats, hoodies & jackets around town! Now get the buttons only at DIPT.

Vancouver's own Salt Spring Coffee Company is getting FRESH with custom buttons by Six Cent Press.

Salt Spring Coffee Company comes from a humble start with one small roasting café, we’ve grown up to become one of Canada’s largest and most respected micro-roasters of certified organic, fair-trade, shade-grown, and carbon-neutral coffees. We’ve worked hard to be recognized not only for uncompromising freshness and quality, but also for walking the walk when it comes to caring for people and the planet.

Went down to Seattle this weekend to pay a visit to our buds at Liberty Tattoo. Dropped off some buttons and managed to get a little work done. If you’re ever in Seattle and want a fast, bold, traditional tattoo then go see Vinse and the posse and get zaaaaapped! We’re doing more and more buttons for tattoo shops nowadays, so if you work at one get on the wagon and rep your shop! ^DJ

A NIGHT AT THE MOV

Just caught wind that the buttons that we made up on a whim that where given away Friday evening at the inaugural of A NIGHT AT MOV where a huge hit!! We can't wait to these around town.. ^LD

This (1st of many) retro talkshow will feature Vancouver’s most interesting, funny and creative folks for 90 minutes of chat with local comedian and artist, Conor Holler. The show is the brainchild of Vancouver Is Awesome’s creative director/founder, Bob Kronbauer, and is a chance to re-imagine a fun old variety show/talk show format for a new audience.

1 inch button Give-Away at the Vancouver Premiere of Bloodied But Unbowed May 13th, part of the DOXA Documentary Film Festival.

Bloodied But Unbowed chronicles the late 1970s/early 1980s Vancouver punk rock scene. Vancouver filmmaker Susanne Tabata's documentary tells a tale of rebellion and music — a fiercely independent scene created from nothing and played out in a microcosm of urban squalor. Told by its surviving stars whose accounts are suffused with both humour and gritty realism — a distinctly Vancouver vibe. A brutally honest story from the streets and stages of the West Coast through interviews, music, photos, and archival performances. Overarching those halcyon days of poverty and excess is the MUSIC — that moved its audience to their feet and seemed to validate their very existence.