Campaign Buttons That’ll knock You Out

With Canada’s 2014 Civic elections come and gone, newly elected city councilors and mayors are settling into their new roles.

The majority of the campaign buttons we produced were designed here in-house by our dream team of artists that understand what a good looking, winning pin-back button should consist of. Upon further review of all the button artwork we designed during this term, the font Knock Out was by far the most popular font used on Six Cent Press designed buttons, resulting in winning candidates.

The 2015 Federal election is scheduled for a year of campaigning, will the Knock Out font go down in Canadian Political history as being the most popular font during this upcoming historic election? Only time will tell. 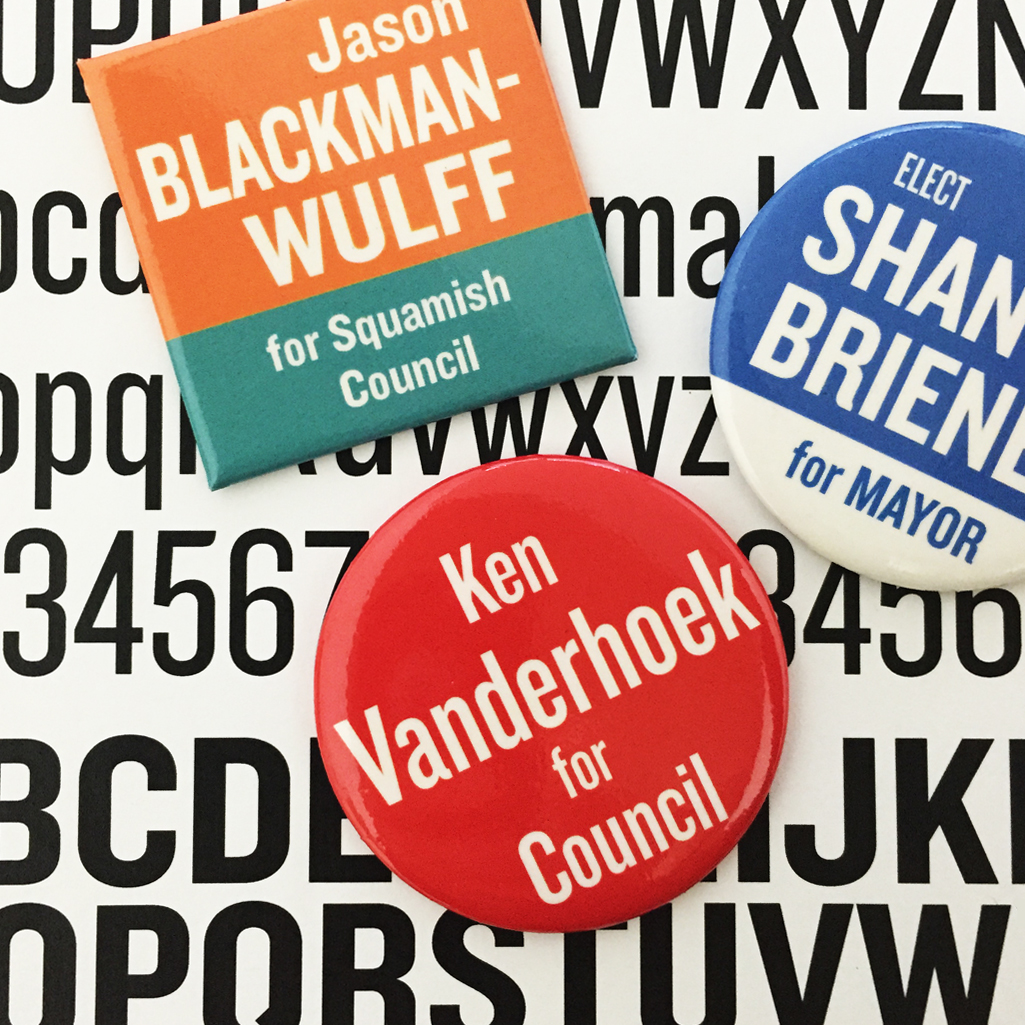