This is the fourth logo, known internally as “the gem”. Designed for the CBC by graphic artist Burton Kramer in December 1974, and it is the most widely recognized symbol of the Toronto corporation. The main on-air identification featured the logo kaleidoscopically morphing into its form while radiating outward from the centre of the screen on a blue background. This animated version, which went to air in December 1974, is also known colloquially as “The Exploding Pizza”. The appearance of this logo marked the arrival of full-colour network television service. The large shape in the middle is the letter C, which stands for Canada, and the radiating parts of the C symbolise broadcasting. The original theme music for the 1974 CBC ident was a three-note woodwind orchestral fanfare accompanied by the voiceover “This is CBC” or “Ici Radio-Canada”. This was later replaced by the more familiar 11-note synthesised jingle, which was used until December 31, 1985. The logo is also referred to as the “CBC Pizza”. 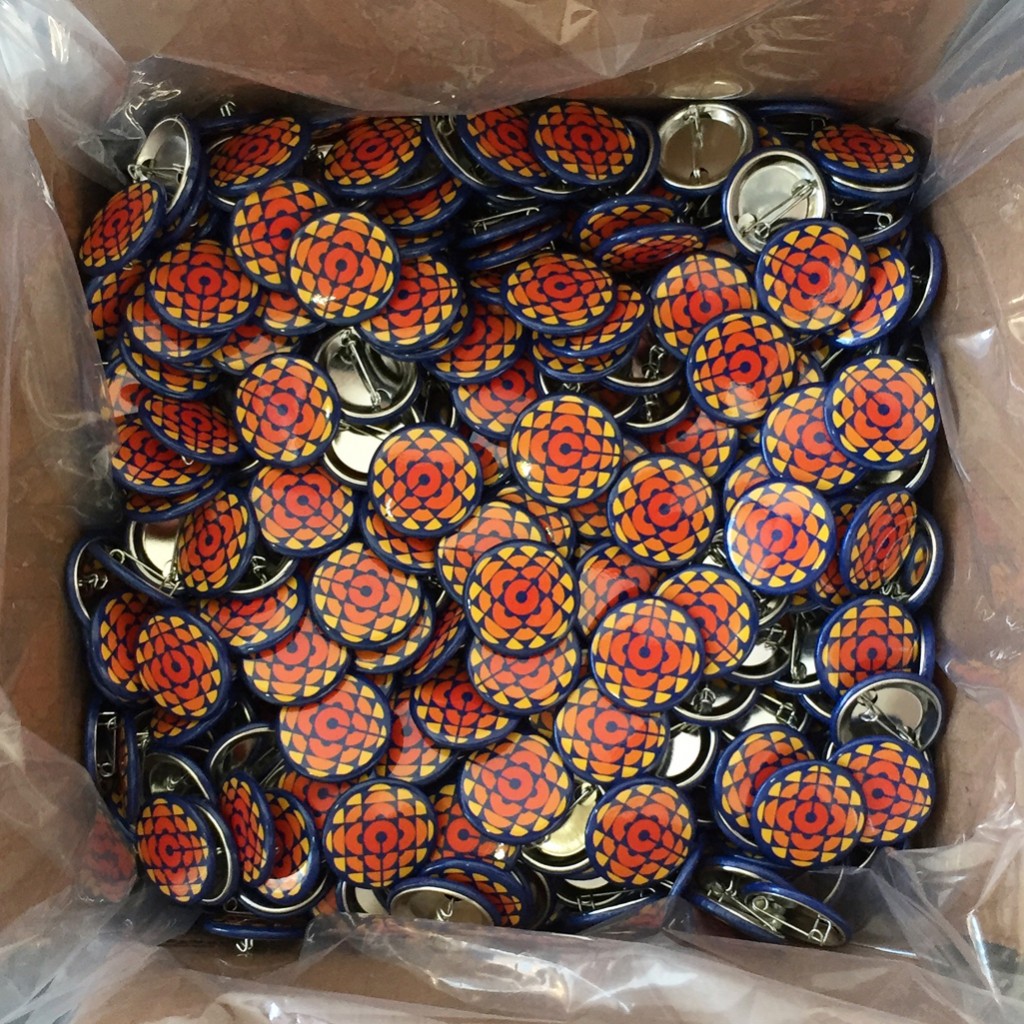