We had a special visit at the shop earlier this week! Nardwuar the Human Serviette came by Six Cent Press in person to pick up his latest order of pin-back buttons!

Nardwuar got to telling us about the time he gave one of his popular 1.5″ square Canuck buttons to a band member of the Strypes, who then wore that same button in a photo shoot appearing in the pages of Rolling Stones magazine! He also wore the button during a performance on the David Letterman Show, which was caught on camera. It was very cool to hear how far of a reach Six Cent Press-made buttons get once they fall into the hands of our customers!

In case you don’t know… Nardwuar is a Canadian celebrity interviewer and musician from Vancouver, famously known for his meticulous interview style! He has interviewed just about every musical act you can think of including celebrities & political leaders. September 26 marked exactly 30 years of interviews. Check out his first here. #dootdo 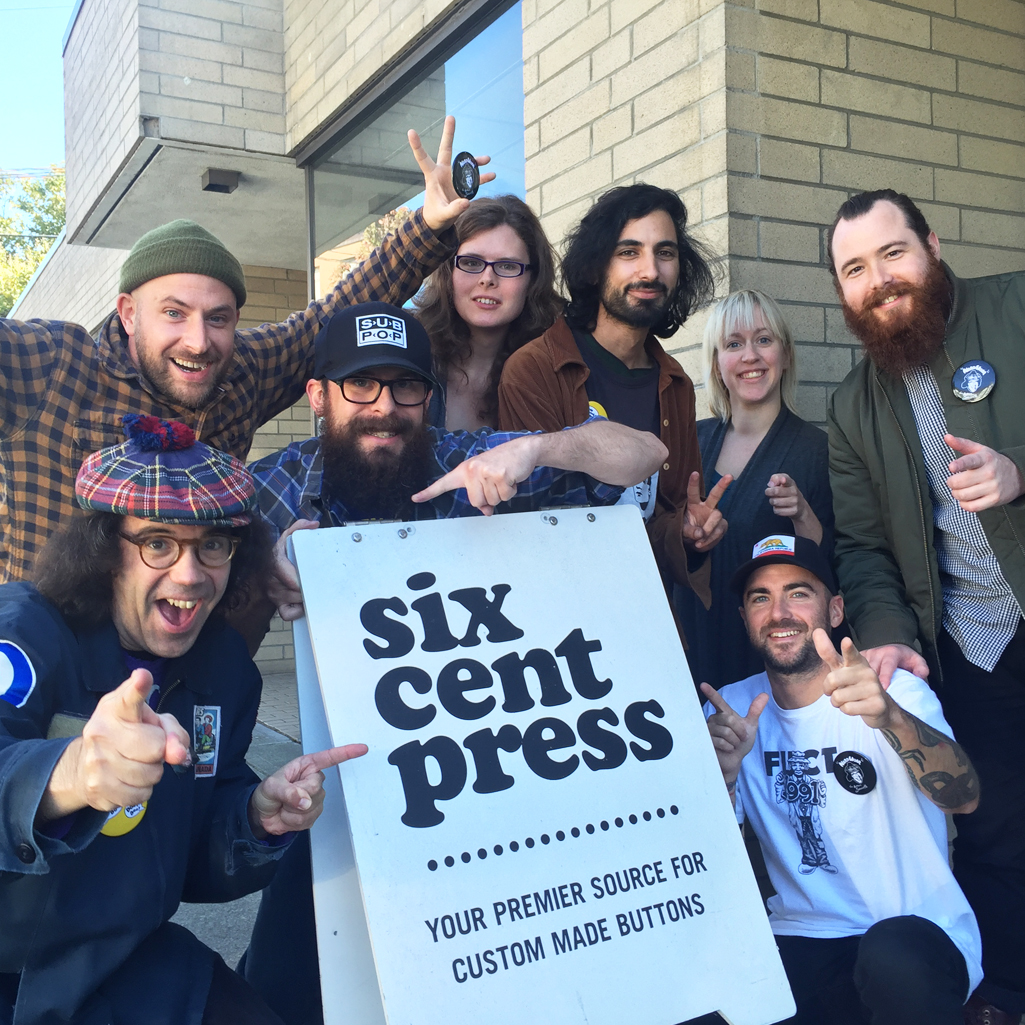